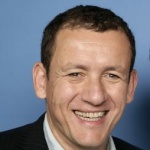 The following are just tips on what every delegate should know about their country and other world issues:

1) Familiarize yourself with the country that you are representing

An excellent starting point is just the www.bbc.com country profile. Simply enter your country name in the search tab and it should come up. The great thing about this source is it also provides links to great articles on important topics concerning your country. Alternatives to this source include the United States State Department's Background Notes. Two publication series of the Economist [Magazine's] Intelligence Unit are also helpful: the annual Country Profile and quarterly Country Report series. You should be able to access this with an Economist subscription. Login: pedro_sportman@hotmail.com, Password: pasbmun. The Country Profiles provide a very current overview of domestic political and economic policies for over 160 countries. The CIA World Factbook is always a good source for the latest statistics and information.


2. You need to know the basic history of your country. Past influences, past problems, and past revolutions may decide a country’s position on an issue. Japan, for example, is almost always against China and vice-versa. One of the greatest reasons why is because of animosity lingering from Japan’s invasion of China during WWII! You can search using a search engine, library books and movies.

One great way to keep track of current events regarding your country is by using Google Alerts.

b. How: Go to google.com (in English) and click on “MORE” than on “EVEN MORE”. The first subject on the left column is going to be “ALERTS”. Click on it and put the name of your country on “SEARCH ITEMS” and your email where it says to do so. You’ll receive, depending on the frequency you chose, emails containing news about your country as they appear in the international media.

Finally, the United States Department of the Army Area Handbook Series provides an exhaustive source of background information on the social, cultural, historical, political and economic context in individual countries. However, their publication pattern (only five to ten countries per year) reduces their usefulness for all Model UN participants.

Successful participation at a Model UN session requires a baseline understanding of the United Nations organization itself, including its structure and rules of procedures. We will be working on some of this in class, but you should become familiar with the un.org website, and the different UN agencies and organizations. While you're at it, check out the Reform the UN website sponsored by the WFM-Institute for Global Policy: http://www.reformtheun.org . It has not only ideas on how the UN should be reformed, but it has a list of issues on the side tab and they can be organized according to UN Reports, Statements, and Resolutions, What Governments are Saying, What International Organizations are Saying, What Parliamentarians are Saying, What Civil Society is Saying, etc. It also has links to speeches given at the UN or on UN related topics, links to resolutions and working papers, etc. Know the most common UN bodies, and documents: UN Charter, Universal Declaration of Human Rights, UNDP, UNESCO, UNICEF, UNHCR, CEDAW, WHO, FAO, UNPKOs, IAEA, WTO, NPT, NATO, ASEAN, OPEC, OAS, OIS, EU, AU, ICC, etc. Be familiar with the common terms used during MUN, especially the ones in the glossary. Another great site on the rather new and somewhat controversial, ICC: http://www.iccnow.org/

At the same time that Model UN participants immerse themselves in the foreign policy stance of their assigned country, they need to acquaint themselves with the international issue areas--and the status of discussions at the UN in these areas--that will be on the agenda of their Model UN (in caucus or General Assembly). The United Nations Association--USA has published on an annual basis A Global Agenda: Issues before the General Assembly which includes a good subject index and references to UN documents related to all issues on the upcoming agenda for the United Nations General Assembly.

4) Review Speeches at the UN by the Country's Representatives

Speeches and statements in discussions about the principal organs of the United Nations (General Assembly, Economic and Social Council, Security Council, Trusteeship Council)--their subsidiary standing and ad hoc committees-- are key sources for establishing the international policy position of UN member nations. www.reformtheun.org is a great resource for this!

There are other useful sources for locating official statements of policy from foreign countries. Perhaps most important are letters written by heads of state and foreign ministers to the Secretary-General on issues of mutual interest.

Other sources include newsletters and other information emanating from the embassies of foreign states in the United States.

6) Study the Texts of Resolutions Sponsored by the Country

Model UN participants should be interested in resolutions and draft resolutions for several reasons. First, these documents serve as examples for writing their own resolutions in terms of form. But MUN participants should also take a look at the content of the resolutions that their own country has participated in sponsoring. Draft resolutions that have been officially passed are first printed in the masthead series (A/RES; S/RES; E/RES) and then republished in a supplement to the Official Records for each of the principal UN organs. Apart from all of this, just relax and research the major conflicts listed in the CIA website. Take a look at past resolutions, if any were made, on these major conflicts. You can research these resolutions in United Nations Webpage. You can observe that many resolutions refer to past resolutions as their basis, something you can also do in this MUN, it sounds professional.


7) Develop an Understanding of the Country's Voting Pattern

Establishing the voting pattern for a nation in particular issue areas at the United Nations is a challenge. The only source for locating votes on draft resolutions in all of the four principal organs is the record found in the summary ("SR") or verbatim ("PV") meeting record at which the vote on a draft resolution is held. I don't think this is a possibility for us because we don't have access to certain databases with out library, however you can find out how your country voted on certain important issues just by searching intelligently for press releases on that topic.

Know the other countries in your caucus or those countries closely involved with the issue you will be addressing. Research their histories using CIA’s World Fact Book. One of the best weapons you can use to deflect the attention from your own country and put another country in the spotlight is if you can accuse them of human rights violations. While trying to argue a point, some countries will stand up, challenge, and question you. If you have a way to prove that the country asking is not as noble or is not as moral and has violated human rights, you will automatically change the topic of the discussion in their direction, putting them on the defensive.

b. How: Put in the country you are researching about, and reports will be found on their human right violations.

c. Observations: Take a look on your own country’s violations too and try to find justifications for some of them. For example, the U.S. may argue that they kill many Iraqis or killed innocent civilians only because they were collateral damage within the context of a war, or they may argue that the prisoners being held in Guantanamo Bay or in Iraq and Afghanistan are enemy combatants and not prisoners of war, therefore they aren’t guaranteed certain rights that would only apply under the Geneva Convention.