Posts : 12
Join date : 2009-09-23
Age : 26
Hello delegates, Maria and I have decided to continue our search on Economic Crisis. If anyone finds interesting search sites please post it here on this topic.

we are working on research in these sites, if anyone find more useful information related to the topic please send us.

Posts : 101
Join date : 2009-10-01
Age : 28
Location : Bahia
Is it possible for the delegate of italy to specify?
This topic is very open, i want to know some
basic info about some things the delegate would like to
see happen, or change... this way i will make sure to help
you find some sites and information, that will help European
Caucus' debate on this topic.

Posts : 8
Join date : 2009-09-23
Age : 26
Hello delegate,
Sure we can be more clear. Please read the following information:
Until September 2008, European policy measures were limited to a small number of countries (Spain and Italy). In both countries, the measures were dedicated to households (tax rebates) reform of the taxation system to support specific sectors such as housing. From September, as the financial crisis began to seriously affect the economy, many countries announced specific measures: Germany, Spain, Italy, Netherlands, United Kingdom, Sweden. The European Commission proposed a €200 billion stimulus plan to be implemented at the European level by the countries. At the beginning of 2009, the UK and Spain completed their initial plans, while Germany announced a new plan.
The European Central Bank injected $99.8 billion in a one-day money-market auction. The Bank of England pumped in $36 billion. Altogether, central banks throughout the world added more than $200 billion from the beginning of the week to September 17.
On September 29, 2008 the Belgian, Luxembourg and Dutch authorities partially nationalized Fortis. The German government bailed out Hypo Real Estate.
On 8 October 2008 the British Government announced a bank rescue package of around £500 billion ($850 billion at the time). The plan comprises three parts. First, £200 billion will be made available to the banks in the Bank of England's Special Liquidity scheme. Second, the Government will increase the banks' market capitalization, through the Bank Recapitalization Fund, with an initial £25 billion and another £25 billion to be provided if needed. Third, the Government will temporarily underwrite any eligible lending between British banks up to around £250 billion. In February 2009 Sir David Walker was appointed to lead a government inquiry into the corporate governance of banks.
In early December German Finance Minister Peer Steinbrück indicated that he does not believe in a "Great Rescue Plan" and indicated reluctance to spend more money addressing the crisis. In March 2009, The European Union Presidency confirms that the EU is strongly resisting the US pressure to increase European budget deficits.

Posts : 10
Join date : 2009-10-20
Manu and Maria, i will just advise you Girls on something really important, please try not to use Wikipedia, it is not a valid source...........
After you both think on what to put on your Operative Clauses, i can give you girls some help too....

Here is a useful website I found about your topic, that you might want to take a look at :

(I thought it was very interesting) 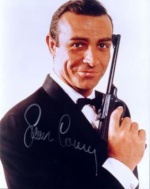 Posts : 29
Join date : 2009-11-04
Location : Rio de Janeiro
In addition to dealing with the economic aftermath of the credit crunch, the UK would like to wholeheartedly suggest that the European Caucus deals with the Food Crisis ( a consequence of the credit crunch), more specifically, how to protect our domestic markets from international pressure directed towards the subsidies most of us offer to our agriculture. Furthermore, the crisis has led to an increasing number of speculators in the agricultural commodities market, leading to a strong fluctuation of prices that is affecting Europe and the rest of the world. Should we stand by our principles of democracy and allow the speculation to continue, or are we to impose limits on our neo-liberal policies and restrict the speculation? The EU needs to get these things straight so as to not be bombarded again during the upcoming Doha rounds.

Posts : 17
Join date : 2009-08-21
Baiardi, thank you for posting in the European Caucus. Your post is an example to be followed for all delegates and the chairs are hoping that the delegates answer your question in the near future!