Since Egypt's topic, which they had already discussed with me and I unfortunately did forget about, concerns arms smuggling, I'm afraid the question of you have suggested cannot be further utilized. Thus, I would strongly encourage the one about refugees, which I have previously explained why I believe it would be a good choice. However, because I feel that imposing a topic you guys do not like will only result in poor effort and work, I will not demand anything. But please, decide this issue as soon as possible and answer me through the forum or contact Eden.

Posts : 22
Join date : 2009-09-24
Delegate of Syria...
Eventhough i missunderstood the "Rotten Apples" you still meant to say we have rotten
apples in our country, which means that our country have bad thing. what are you delegate
talking about my country, when your ountry is the one who has many issues too. Well
im not here to compare who has rotten aples or not.
You said "Second, if Syria is using Golan Heights for military training, why would
Israel have anything to do with it if Israel and Syria had no wars during it?" The
answer to this question is simple. The Golan Heights is a source for water between us
and Syria was using it to train miliary forces, which may pollute the water, and Syria
and Israel did had a "war", because while Israel was fighting for their land, Syria thought they would be smart and conquer part of Israel but unfotunatly, it didnt succeed, making Israel conquer the Golan Heights.
Delegate, you also stated "considering Israel's and Syria's past records and history, there is no way to affirm that Israel would help Syria". It actually would Ralph, because all Israel
wants now is peace, but there is something called the Arab brotherhood, which
Syria would not leave Iran and Lebanon (Israel's major enemies) to become Israel ally.
Israel would help by being your ally and even it would return back the Goaln Heights, but its because of this Arab brotherhood, they would never do that, so now Isarel is trying to ind a way to return it back to Syria with a compansation of course, because Syria was the one who waned to take adantages
thinking they would conquer a part of the land. Forming alliances with an Arab country, would probably be a source, a guide to lead for peace between Arabs and Jews, the GOAL Israel wnats and
is tryon to achieve today.

Posts : 10
Join date : 2009-09-23
The thing is that they already have a fence and both sides keep in eye on it but what happens is that egyptions make tunnels, so that they can smuggle the guns, animals, even people. 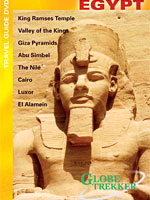 Posts : 28
Join date : 2009-09-23
The bad thing is that sometimes even the authorities close and eye on all of this, or just doesnt give it much importance which they should.

Re: Posting Your Initial Topics